Ok folks, hold on for the ride for this post, mainly because I don't really know where I'm going with it and I definitely don't know how it ends.

This month's Mixology Monday is all about highballs. (Given the polar vortex earlier in the month, I'm sure that lots of us had high balls, but that's probably different.) Since a highball is a pretty basic drink, generally just spirit plus fizzy stuff, I didn't bother trying to come up with a new recipe, but rather take a look at Cuba and one of their more famous drinks, the Cuba Libre.

Rum and coke is probably one of the first and most common drinks for teens and college students, there's no mixing required, the coke brings plenty of flavor to the party, and it works with just about any quality and style of rum. However, that doesn't mean that it's not good. I still drink these on occasion and every time that I do it reminds me of my trip to Cuba. 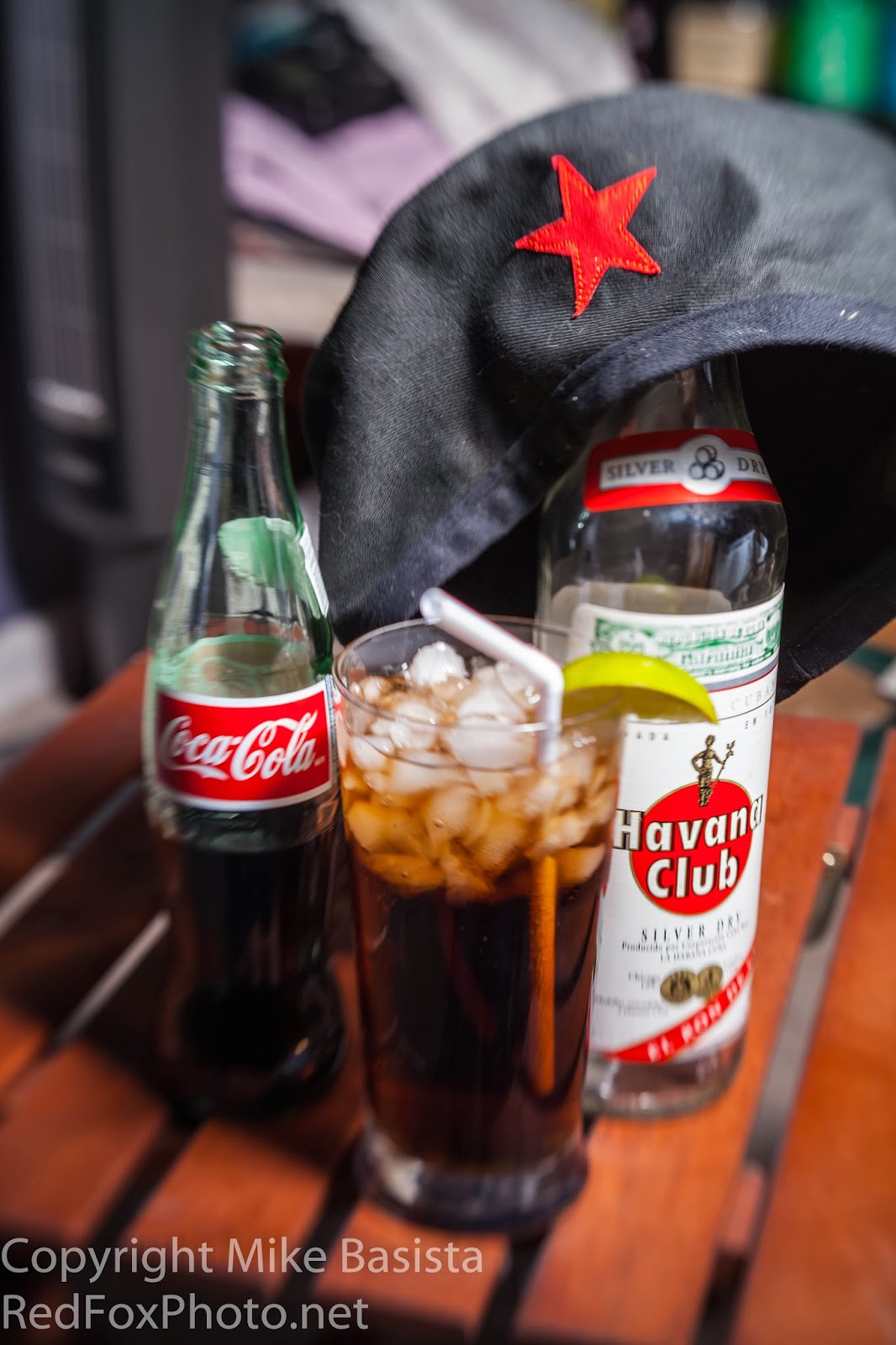 In late December 2000, as part of a college class, we flew to Havana out of Toronto and spent 2 weeks taking classes in the morning and touring the country the rest of the day. I wish now that I was old enough to truly experience it properly,though from a cocktail nerd perspective it certainly seems like I checked all the boxes. I toured a cigar factory, visited a rum distillery, went to the Hotel Americano, drank a Daiquiri at El Floridita, and had a Mojito at La Bodeguita del Medio. Despite all of that the drink that I most associate with Cuba is still the Cuba Libre.

Whether it's because they used Havana Club rum, Mexican Coke, or local limes; they were some of the best Cuba Libres I've ever had. I suspect that the most likely reason is the proportions. In Cuba, the Havana Club was cheap, my bottle of silver was $3, but the Coke imported from Mexico was expensive, ($5 a liter).  So when mixing the drink it was a whole lot of Cuba, and just a little bit of Libre. I remember specifically the drinks that we had at the resort at the Bay of Pigs, (yes that Bay of Pigs) the Cuba Libre was mostly rum with just enough Coke to color them.

Stir with mixing straw in a disposable plastic cup and serve to German tourists and stupid college kids.
Thanks to Joel over at Southern Ash for hosting this month.
Posted by Mike Basista at 12:45 PM