Pittsburgh Craft Beer Week has rolled through once again. Like last year there were a ton of possible events, too many to make it to all of them. I managed to make it out to a few events myself.  As always click on the pics to see them embiggened.

Like last year there were collaboration brews from the local breweries working together. I went out to Penn Brewery for their Collaboration Celebration to try and sample all of the brews. 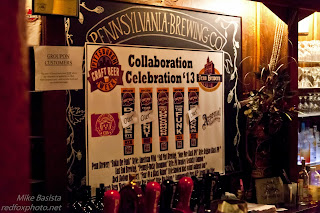 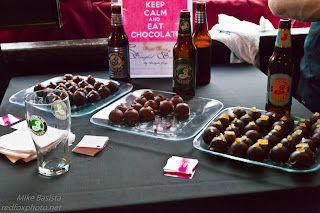 One of the unique events was a chocolate and beer pairing. That by itself isn't that unusual, however the chocolates, made by Sinful Sweets actually featured Brooklyn Brewery beers as ingredients. 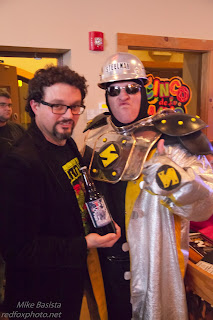 Tapping into my geek nature a little bit more I trekked out to Rivertowne Brewing to meet up with Pittsburgh's own superhero, Steelman. Thanks to the collaboration of Rivertowne and New Dimension Comics Steelman not only has his own comic book but his own beer, a smoked stout. 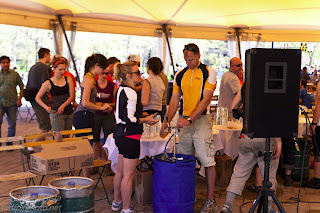 Of course East End Brewing once again announced that their Pedal Pale Ale was available by holding their Keg ride event. (As a side note, this may be the best group to ask for energy bar/beer pairing recommendations.) 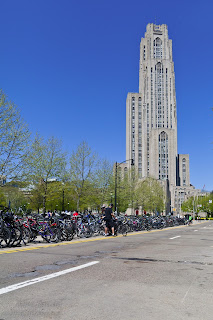 This year the destination was Schenley Park, taking over the circle and partnering with the Porch. 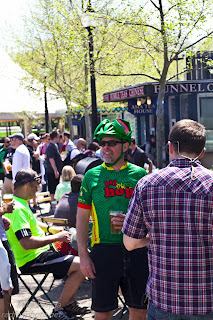 Once again the costumes were creative and plentiful as hundreds of bikers showed up to accompany the first  kegs of spring. 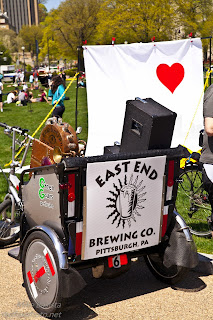 This year they even had a portable soundtrack courtesy of DJ Zombo and Green Gears Pedicabs.

Once again if you couldn't find an event that caught your interest during Craft Beer Week you had to have been willfully ignoring it.

Posted by Mike Basista at 4:02 PM No comments: