Rum in the Strip 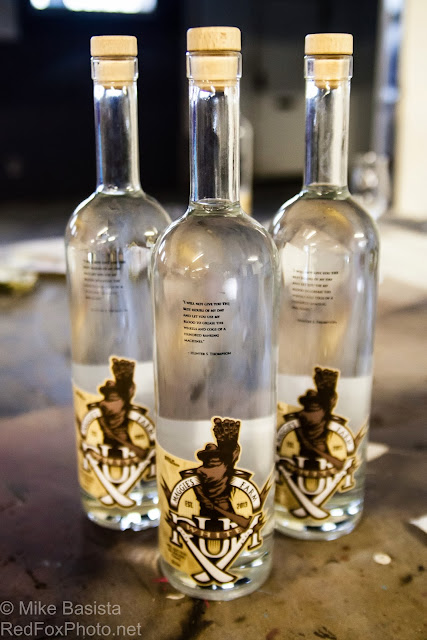 It's no surprise that I am a rum guy, whether that rum is in a Tiki drink, a classic cocktail, or even straight; I always enjoy rum. Which is why I am so happy that Pittsburgh has a new distillery in the strip that makes rum. Tim Russell made the news locally, nationally, and even internationally after his label approval was delayed by the government shutdown. After being brought up in Congress as part of the efforts to refund the government Maggie's Farm Rum received label approval and is ready to be sold. The first batches will be appearing behind local bars first but Tim hopes to have the rum available for sales to the public at the distillery by Black Friday.

I've also had a chance to sample this rum, and it's a very nice white rum. There aren't many white rums that i would sip straight but this might be one of them. It's made from turbinado sugar and distilled to a lower proof leaving it a lot of body and a little residual sweetness. I haven't had a chance to mix with it yet, but it should do very nicely with recipes where a white rum really shines, such as a daiquiri.
Posted by Mike Basista at 10:21 AM No comments: