So, I'm going to try changing things up around here a bit. We're still going to have the visual who's who of Pittsburgh's craft drinking scene on the same schedule of roughly every two weeks. The change is that in the off week between the portraits I'm going to write about my own experiences in Pittsburgh boozery.

My very first portrait subject for the blog was Dr. Bamboo, a member of the CSOWG, invited me to their Thursday Drink Nights (TDN).The TDN is basically an excuse for the members to meet up in a chat room and invent new drinks around a theme. While at first intimidated by the idea, and lacking sufficient ingredients and knowledge, I stayed away for longer than I should have. Finally getting into it I found a welcoming, if slightly odd, group of guys.

In early March Wigle Whiskey began selling their fine product, and I came home from opening night with 2 bottles of Rye, (one to drink, one to save from batch 1).  Largely unsure what to do with this white whiskey i began experimenting on my own. Of course, a sour was easy and quite tasty. it became my wife's favorite drink, which mainly meant that I had to make it for her.
White Whiskey Sour:
1.5 oz white rye
1 oz Lime juice
1 oz lemon juice
.5 oz simple syrup
Shake with ice and pour into a rocks glass.

While simple enough, I didn't feel like I was really putting the rye to it's best use. Shortly thereafter the TDN theme was Spring. An abstract theme, I could use anything that I wanted for ingredients. I knew then that I wanted to make use of the rye in some way.  Sticking with the spring theme I felt like I should use some sort of fresh herb, problem was I didn't have anything growing from my garden. I took a look at the herbage available at the grocery store and came up with the idea of using lemon grass. The lemon grass gave my spring theme a double hit with the fresh herb and the implications that I would have to start mowing the grass again. Building roughly on a mojito style construction I started mixing. I stuck a small stalk of lemon grass in the glass, added a 1/2 ounce of simple syrup and muddled. To my concoction I then added 1.5 ounces of the white rye and shook. I strained it out over ice and then needed something to top it off. After mowing the lawn there is nothing better than a cold beer so I went with that, but rather than adding a lager I went with ginger beer, Reed's to be precise. 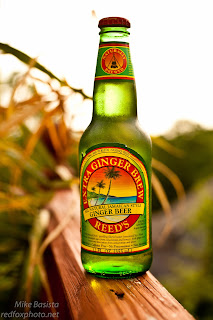 To finish the drink I topped off the rocks glass with the Reed's and stirred to integrate the ginger and the lemon grass.  Happy with the result, I sent the recipe over to Wigle, who now feature it during their cocktail nights on Fridays and have it listed on their website. Now when I finish doing yard work I come inside to cool with a Yard Work. 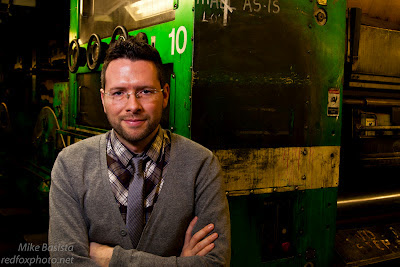 One of the most important roles in spreading the craft cocktail culture isn't necessarily the person making the drinks.  Bill Toland instead spreads the word through his cocktail columns for the Post-Gazette. Whether he's telling you the new place to drink, what to drink, or how to make a drink; it's clear that Bill is out there spreading the work for craft drinkers in the Pittsburgh area.
Posted by Mike Basista at 7:50 PM No comments: