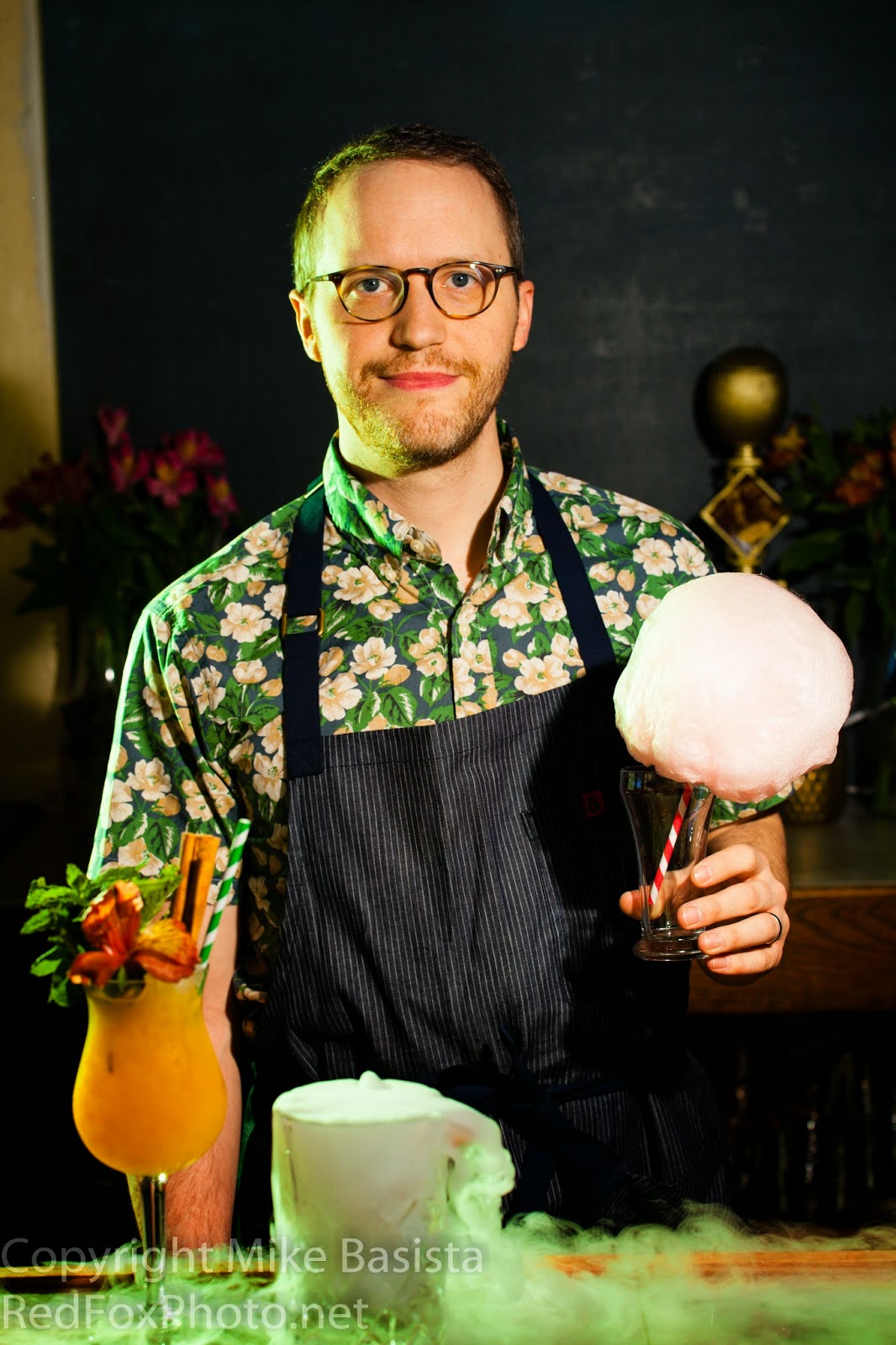 Adam Henry isn't your normal Pittsburgh bartender. For one thing he's only behind the stick about once a month these days. For another he's actually a practicing lawyer. But when he is manning the bar at The Independent Brewing Co. it's guaranteed to be something special. Whether that's a Hunter S Thompson theme night or Tiki X Molecular drinks you know he's bringing science and skill. He's also maybe the only bartender in Pittsburgh making a vermouth fog or Campari Cotton Candy. Because his time behind the bar is limited, pay attention to the Independent's cocktail menus and watch to see when he is working, though you are sure to get a quality cocktail no matter who is there, it just might not be smoking.
Posted by Mike Basista at 5:10 PM No comments: