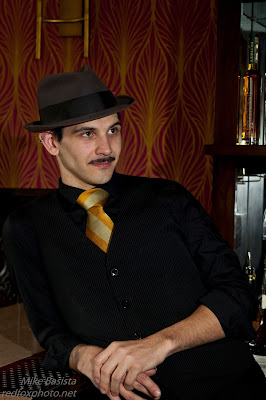 Most native Pittsburghers still have trouble with the idea of people moving to Pittsburgh intentionally. Fredrick Arnold is a perfect example of why Pittsburgh is becoming a cocktail destination though. After working in New York City Fredrick moved with his girlfriend to Kansas City where he managed the R Bar, one of Esquire's top bars in America. Deciding that neither New York nor Kansas City was right for them the pair decided to pick a new place to live. They Flew to New York and drove back to Kansas City stopping along the way and scoping out cities along the way. After just 6 hours they knew Pittsburgh was the place. Through a bit of serendipity on Craigslist, Fredrick found Tender just as they were hiring and developing their drinks menu. With that, another 'tender was found for Tender.
Posted by Mike Basista at 8:43 AM No comments: