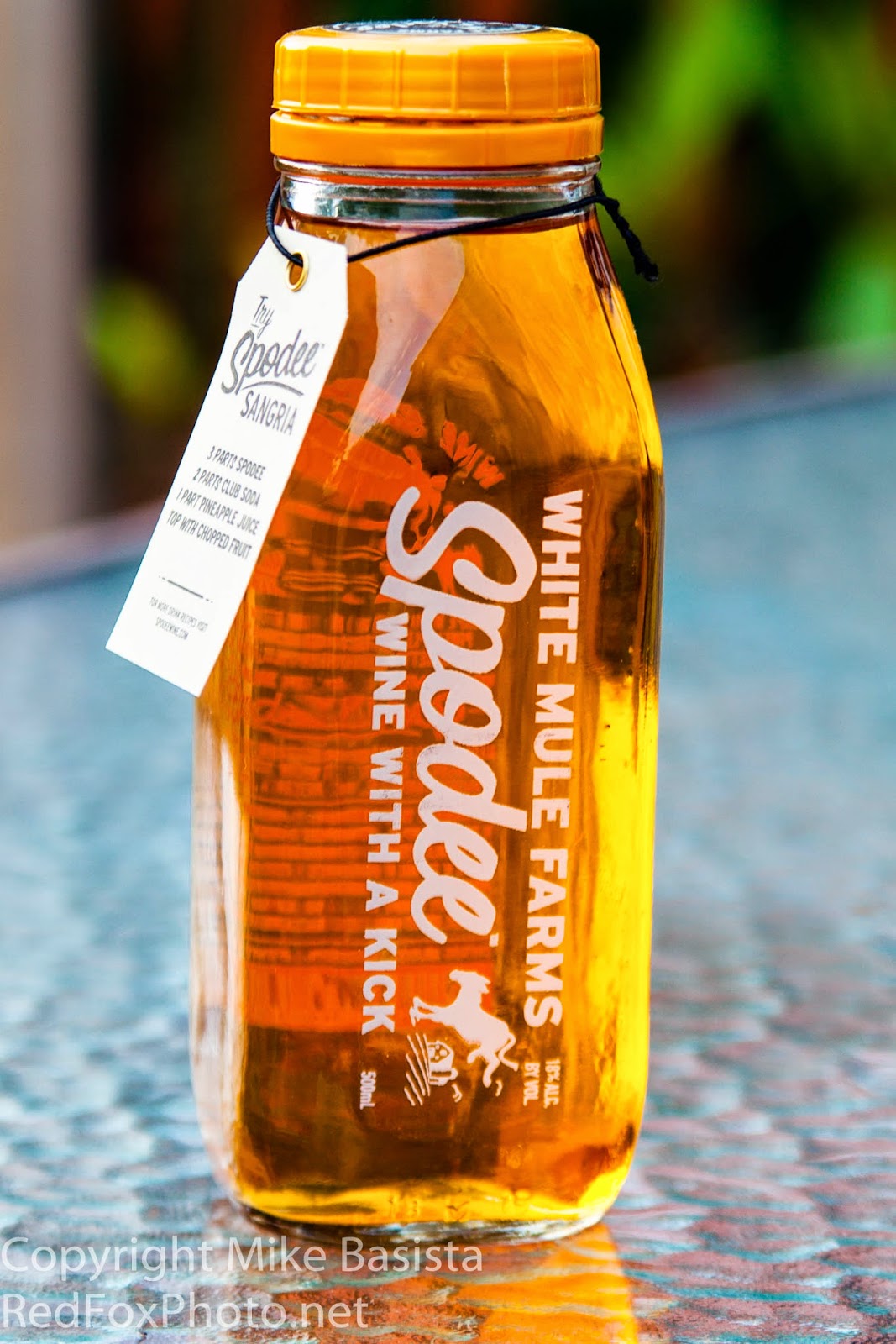 The Liqour Fairy recently dropped off some Spodee White for a review. After surviving the Rum B Que, the Fifth of Ju-Luau, and various other commtiments, a nice little drink that I don't need to mix was particluarly appealing. For those that haven't heard of it before, Spodee is a wine fortified with white whiskey as "depression era hooch". The white version has added pineapple, coconut, and other flavors, like amaretto. Basically this makes it a cocktail in a bottle, and having sipped some over ice, it works well for that, sort of a premade tropical drink.
For me though, a fortified wine with tropical flavors and spices? Sounds like a tiki vermouth. I first tried it in a cross between a martini and an el Presidente.
1.5 oz gold rum
1.5 oz Spodee White
2 dashes orange bitters.
As expected the Spodee plays well with the rum and the bitters keep it balanced. The extra flavors from the Spodee White livens things up and gives it a tropical feel.

I stepped things up a bit for the second cocktail and looked to the past again. I decided to riff off of the Queen's Park Hotel Super Cocktail:
1.5 oz gold rum
1 oz Spodee White
1/2 oz lime juice
1/2 oz Grendine
4 dashes Angostura Bitters
What I particularly love about the Spodee White in this cocktail, and the one above, is that you get tiki-like flavors without a 12 ingredient recipe list and it will still fit in a coupe.

I like the Spodee, and while it's fine by itself, I really like it in cocktails.
Posted by Mike Basista at 3:41 PM No comments: