'Tis time for another Mixology Monday (and also time to abbreviate 'it is') and the theme this month is "blue." Naturally, being a tiki guy this meant it was time to break out the blue curacao. But that was only the beginning. 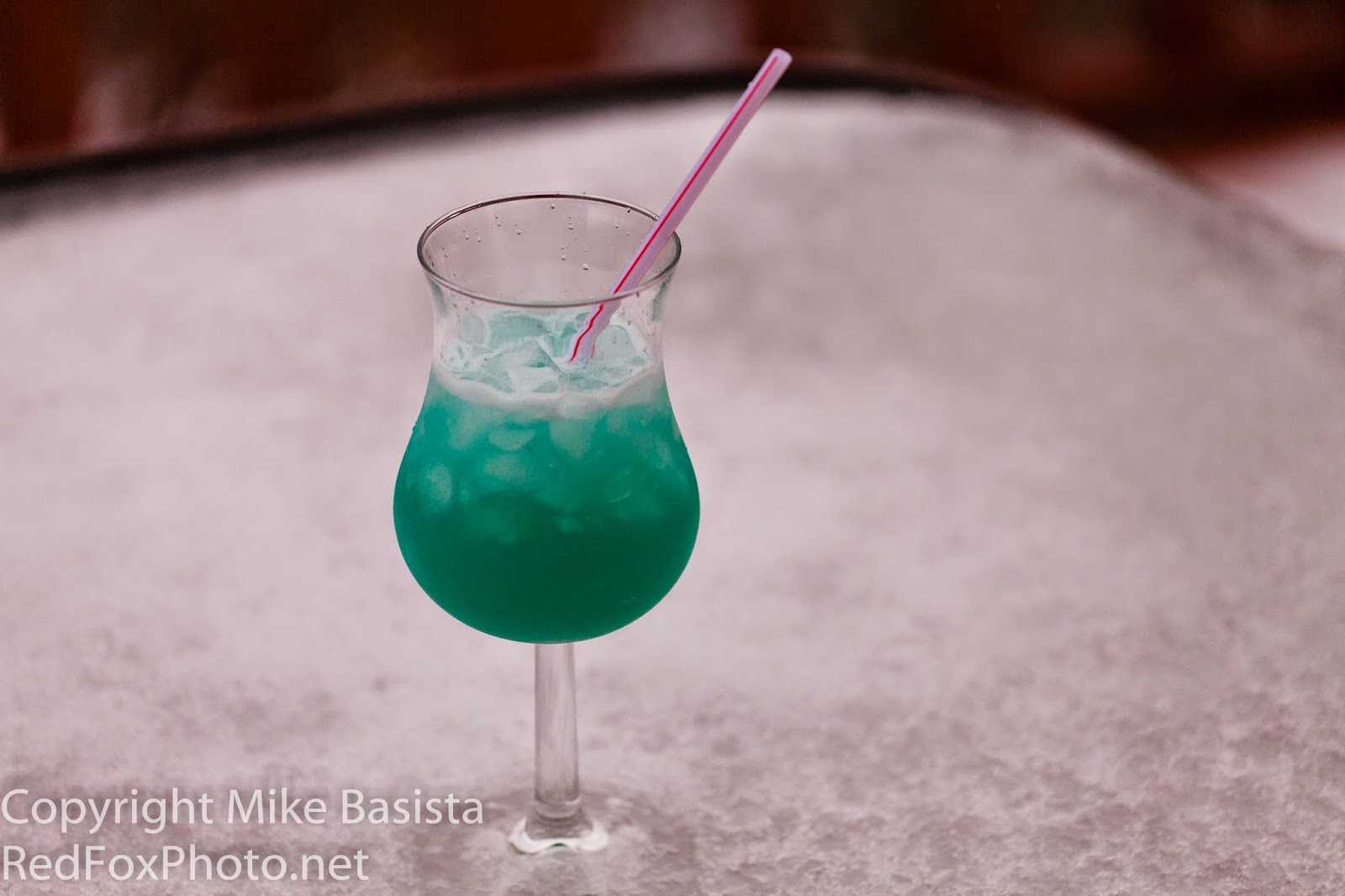 Of course for my drink I turned to the old standby for blue drinks, blue curacao, but that's probably the most mundane of the ingredients in this drink.

There is a lot there that I need to explain in that recipe. Let's start off with the guanabana syrup. Guanabana is known by many names: guanabana, soursop, cherimoya, custard apple or good old Annona Muricata. It is a tropical fruit prevalent throughout the Caribbean, Africa, southeast Asia and the Pacific and the taste is... unique. As the soursop name indicates it is an acidic tasting fruit, so it's being used here in place of the usual citrus component. It has also been described as having a taste like a cross between a strawberry and a pineapple. Most important for me was that when you don't look closely the bag of frozen pulp looks like it says guava. That's how I came to have frozen guanabana pulp in my life. I decided to treat it like I would passionfruit pulp that I wsa making into syrup and defrost it, mix it with equal parts simple syrup, and then strain it to make it nice and smooth. Tasting a sample I picked up on the pineapple tastes and I decided that my drink needed to have pineapple in it. This gave me an excuse to use the pineapple rum that I made over the summer.

Not being provided with a bottle of Stiggin's Fancy by Plantation Rums, like some people were, I took some fresh pineapple that I had laying around (like I said, tiki guy) and decided to infuse a bottle of gold rum.

The guanabana also has a certain... 'funk' to it that I felt would best match up with an agricole rhum as opposed to, say, a drier white rum. I tasted the pairing so far and felt that it needed something to help round it out just a little bit, thus the orgeat. Though I feel like coconut cream would have also been a good choice.

Thanks to Ginhound for hosting this month, we'll see you in February.