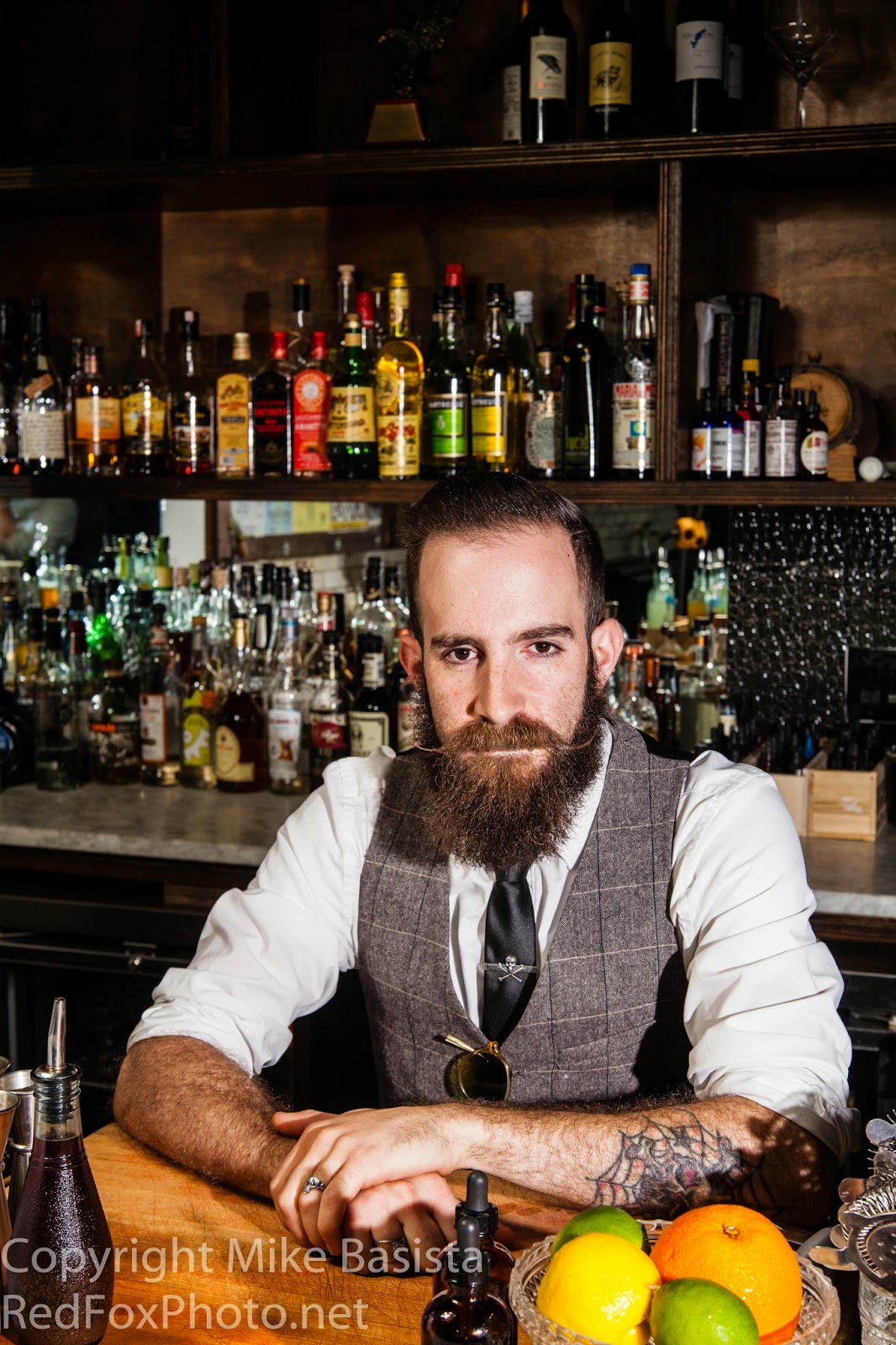 Giuseppe Capolupo has a name straight out of the 19th century. Instead of being an immigrant bartender who learned his trade in Florence before coming to Pittsburgh in 1898, Giuseppe took the route of first being an internationally touring drummer before starting as a bar back at Bar Marco. He learned his trade there and worked his way up to heading up the program in the strip. He's so dedicated to the life that Bar Marco has let him achieve that he has their logo tattooed on his arm. Stop in and tell him what you like and let him mix you up something.
Posted by Mike Basista at 2:25 PM No comments: